STATUE OF POSEIDON IN MUSEUM PATINA

God of sea Poseidon statue,handmade of alabaster,and painted in museum patina. He was son of Saturn and Rhea, had also suffered as a newborn the tragic fate of his brothers. His swallowing by his father. But when Zeus’ younger brother, having secretly escaped this savage fate,  decided to end their father’s domination.  In a rebellion he forced his father, before overthrowing him to exasperated his brothers. Then both Poseidon and Hades or Pluto returned to light.

THE BATTLE FOR EARTH

THEN the great and fierce war with the Titans , followed, in which Poseidon also took part.  Alongside his brother, which resulted in the victory of Zeus against the uncontrollable forces of nature.  The three brothers Zeus, Poseidon and Hades formed the great trinity of gods on domination of the universe .

Poseidon takes over as lord of the kingdom of the Sea, which supports the land and great overseer of Tartarus.  While Hades takes over the kingdom of the Underworld, which is, however, within the middle earth disk. Then with the formation of the Twelve Gods of Olympus, Poseidon occupies the second place,right beside Zeus, and in fact enthroned and in frontof the throne of his sister Hera.

GOD OF THE OCEANS

As the god of the sea, Poseidon traveled with his golden chariot on the waves, which opened happily in his passage, while dolphins played around him. With his trident he could both create storms and calm the water. He was considered the protector of sailors and fishermen and even, as responsible for geological phenomena such as earthquakes, he was offered sacrifices and invocations for the stability of the land and the safety of buildings, while he was honored with horse racing.

Poseidon was an important god of various cities: in Athens, he was second only to Athena in importance, while in Corinth and in many cities of Greater Greece he was the chief god of the city. In his benevolent aspect, Poseidon presented himself by creating new islands and offering calm seas. But when he was angry, he hit the ground with his trident and caused chaos, earthquakes, shipwrecks and drownings at sea. In the Odyssey, Poseidon’s grudge against Odysseus prevented the multi-talented hero from arriving in his homeland, Ithaca. Sailors prayed to Poseidon for a safe voyage.

This god  poseidon statue is an ideal souvenir gift  for every house.A commemorative piece of 3000 years of  Greek history and mythology. 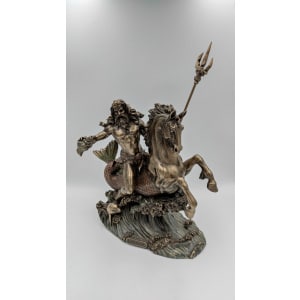 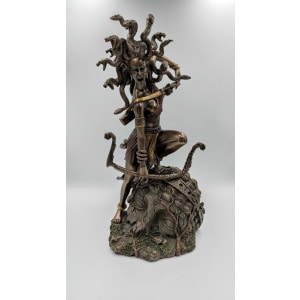 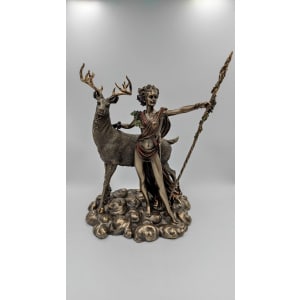 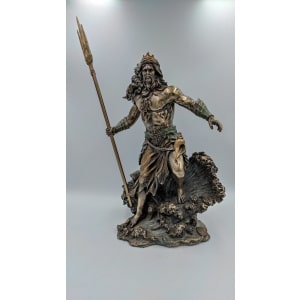 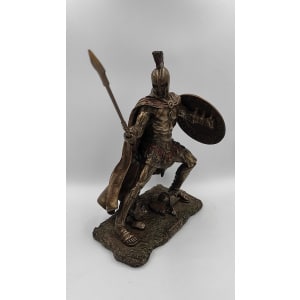 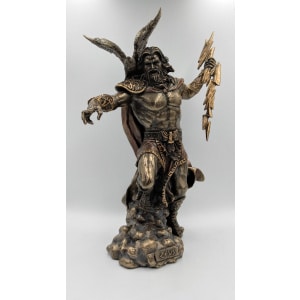 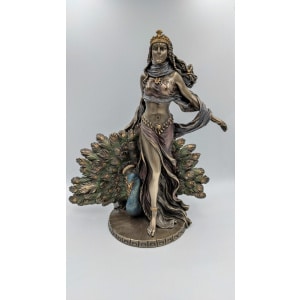 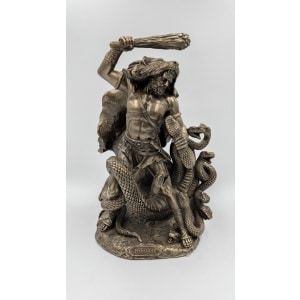